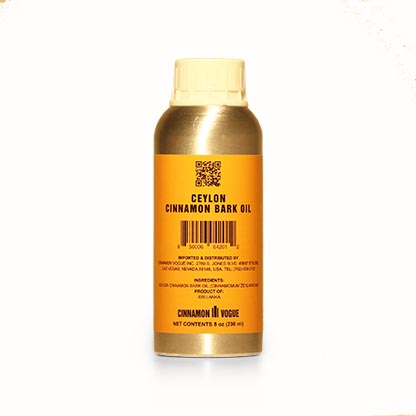 Premium quality authentic 100% Ceylon Cinnamon Bark essential Oil. Steam distilled with minimum of 75% Cinnamaldehyde. Perfect for aroma therapy and food flavoring. Just one drop added to a hot beverage delivers all the power of Ceylon Cinnamon with a scent that is truly mesmerizing.