HOW MUCH CINNAMON IS SAFE TO TAKE 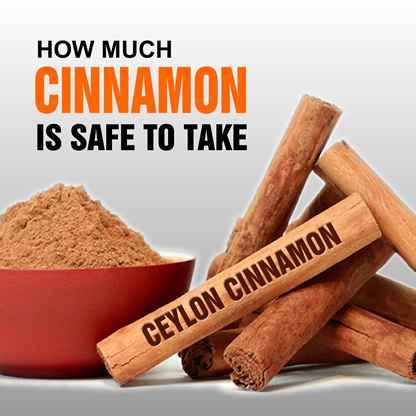 How much Cinnamon is safe to take on a daily basis is a question many people have asked us. While we have been prohibited by the FDA from telling you that it might work to cure or prevent certain health ailments we can tell you much Cinnamon to take in its various forms, be it Cinnamon powder, sticks or the cinnamon bark oil. Take too much cinnamon and it can have side effects as we list here. But listed below is how much Cinnamon including Ceylon Cinnamon black tea that we make that you can take.