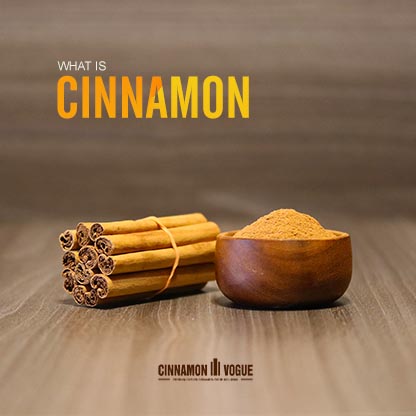 Discover all you need to know about Cinnamon. How it is made, the varieties, origins, color, shape, aroma, taste, properties, forms, powder, oil and sticks and more. 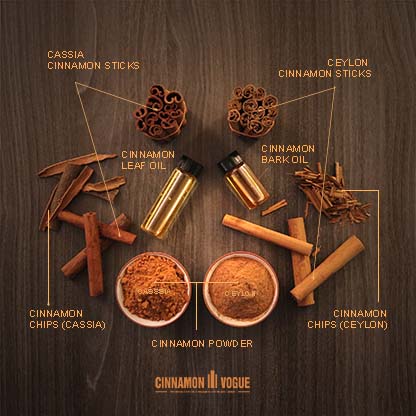 Cinnamon is a tropical evergreen tree whose parts, either the bark or the leaf is used for a variety of purposes. The parts of the tree is broken down into many parts as follows

HOW IS CINNAMON USED


Powder - The most common way cinnamon is used as Cinnamon powder for baking pastries, sprinkled on coffee or tea and just mixed with honey and eaten direct.

Sticks - However because Cinnamon powder goes stale quickly many people buy the cinnamon stick and use it whole in cooking, especially Asian curries. Many fine chefs will grind it into a powder for making fine desserts. However if you buy cinnamon powder that is packed in a sunlight and moisture proof package it will be much fresher than the powder sold in those glass containers found on supermarket shelves.

Oil - The Cinnamon oil which is made by steam distilling the leaves of the Cinnamon Tree or Cinnamon Bark is heavily used in food processing, fine perfumes, aroma therapy, medication (especially Asian medication), disinfectants. Learn how to use Cinnamon oil here.

There are hundreds of types of Cinnamon. But only 4 varieties are used for commercial purposes. The chart on the right shows these 4 main varieties and their other names.


WHICH CINNAMON IS BEST

It all depends on how you use it. Cassia Cinnamon is popular in the United States because it has an overt Cinnamon taste, its cheap and quite spicy. It works great for recipes that need a definite Cinnamon taste. It also has high levels of Coumarin (5%) which thins your blood. This is great if you want to loose weight and boost your metabolism but Coumarin causes liver damage if taken in excess.

Ceylon Cinnamon which has about 30% of the US market is fast gaining popularity for health reasons. It has low Coumarin levels (0.04%) and tends to be sweeter (with zero sugar).

As many diabetic patients and others have started to take Cinnamon on a daily basis they have switched to Ceylon Cinnamon. Because Ceylon Cinnamon is very mild yet sweeter and more fragrant it is used to create very multi layered complex flavors, often savory or sweet flavors.


WHERE IS CINNAMON GROWN


Indonesia (70%) , China and Vietnam are the chief suppliers of Cassia Cinnamon while Sri Lanka a tiny Island off the coast India supplies nearly 90% of Ceylon Cinnamon.


HOW IS CINNAMON MADE

Cassia Cinnamon
The cassia Cinnamon is made by cutting the outer 1/16th of an inch layer of the Cinnamon tree trunk. Cinnamon tree is composed of one thick trunk. Because Cassia Cinnamon tends to be harvested when the tree is about 20 years old, the outer bark tends to be pretty thick. The rough grey skin is scraped off with a scraper. Then it is dried. As it dries it curls. Because the Cassia Bark is very thick, only one piece of bark is used for rolling into a stick. Click here to see how it is made.

Then the outer bark and knots are scraped away to reveal a soft inner bark which is then peeled in almost paper thin layers. These are then dried. As it dries these thin slivers of bark curl up. After it is dried multiple layers of the thin bark are rolled into a cigar like stick. Click here for details on how it is made. It is soft, crumbly and easy to break into smaller pieces. However this labor intensive method of processing makes Ceylon Cinnamon much more expensive.