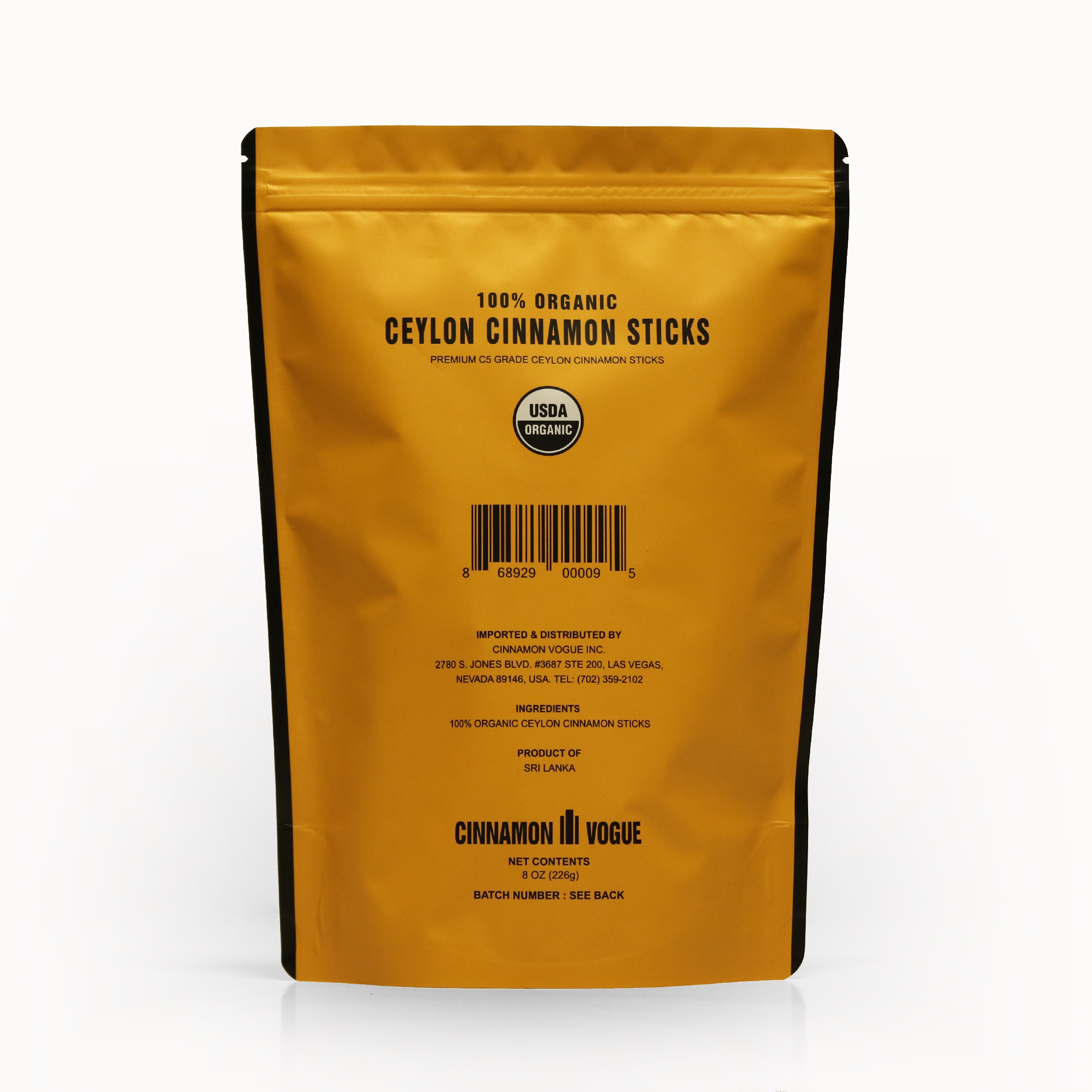 Premium quality C5 grade 3 inch Ceylon Cinnamon sticks. Ultra-low Coumarin levels, exotic aroma, none irradiated and salt free. Quality Ceylon Cinnamon with low Coumarin content. Beautifully sealed for freshness, to protect from sunlight and moisture and packed in a polished round can, that pays homage to what is special inside.

Our Cinnamon sticks represent some of the highest quality Ceylon Cinnamon sticks we could source and exceeds the SLS-81 export quality standards. . Chosen for their color, shape, small size, quilling density, foxing %, fresh taste and aroma.

Ceylon cinnamon sticks (or quills) have many thin layers. It is perfect for making Cinnamon stick tea, infuse in soups and stews. Check out our recipe section for amazing recipes.

Unlike regular Cassia Cinnamon, Ceylon Cinnamon sticks are soft, rolled like a cigar with multiple thin strips of cinnamon bark and flake easily for grinding into fine powder (use a magic bullet) or to add into curries or flavor rice or custards.

The sticks are made from the inner bark of the Cinnamon tree by skilled tradesman via a special hand crafted process. The specialized knowledge for this work is extremely limited even in its native Sri Lanka but the end result is the finest Cinnamon in the World.