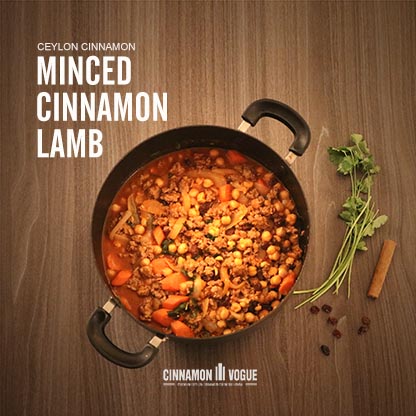 A fabulous Moroccan style minced lamb with Ceylon Cinnamon, the way it was done originally. The Ceylon Cinnamon adds a depth of flavor while the sweetness of the raisins is tempered with Chili powder. It all comes together by adding the savory influence of lemon, cilantro and Ceylon Cinnamon. We found it works really well served over mung bean fusilli although traditionally it is served over Couscous. So easy to make. The hardest part is assembling all the ingredients, but it's worth it.