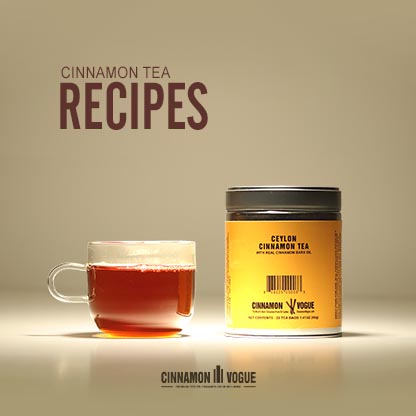 There are two ways to enjoy Cinnamon Tea. Hot or cold. And Cinnamon especially Ceylon Cinnamon mixes extremely well with Citrus. Orange and Lemon are the top choices.

Have a hot cup of Cinnamon tea in the morning to get you going and digest your breakfast. A hot cup of Cinnamon tea without sugar is perfect in the afternoon, especially at work. If you have had a heavy lunch and feel bloated this Cinnamon tea is the perfect antidote. It will reduce those feelings of bloating or gas problems in the stomach, give you an energy boost, and keep you alert and focused to complete your work schedule.

If you are feeling down, got a sore throat or got runny nose add some freshly grated ginger. It is very soothing and will clean up your system. Particularly good for flatulence.

If you are going on a picnic, hiking or going to the gym an iced Cinnamon Tea with either orange or lemon is the perfect choice to keep your energy levels up.

While adding sugar, especially honey makes the Cinnamon come alive, those who want to drastically cut down on sugar may find it is better to just add a slice of orange to their Cinnamon Tea.

Ceylon Cinnamon is naturally sweet (compared to Cassia Cinnamon) so you can easily take it without any added sugar. But remember because our Cinnamon Tea is a high quality product with a strong flavor it will make two cups. Adding one tea bag to a cup maybe too strong. The good news is that it will save you money. 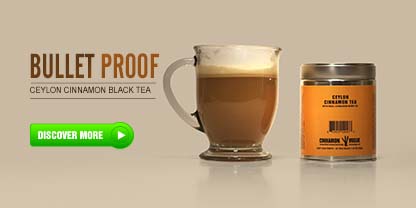