Unfortunately because the US FDA heavily regulates anything that can be used like a medicine, the FDA will no longer allow us to display any material or cite any research studies on the benefits of Cinnamon. Apparently we cannot even make a suggestion. This is an unfortunate turn of events but we must follow the law.

So we thought lets show you other proven strategies to dramatically improve your health. After all that is the best strategy to get even with the FDA and big Pharma.

It is important to understand that overloading on Ceylon Cinnamon and hoping that it will compensate for other bad habits will not make you better. Most people come here looking to control diabetes, weight loss, Alzheimer's, Acne, candida and a huge range of issues. So here are some of the very best strategies. We know they work because we have tried them on ourselves, family and friends. All without Cinnamon. Of course some Ceylon Cinnamon would not hurt. Shameless plug we know. 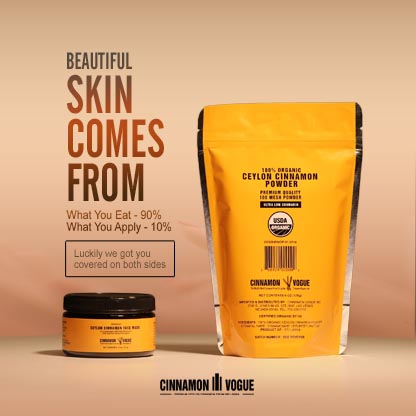