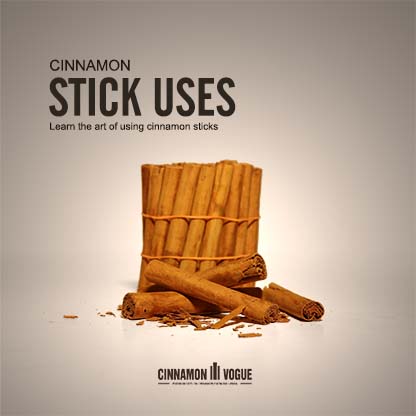 Ceylon Cinnamon because it is mild is used in far more complex recipes where Cinnamon does not take stage. It has more range and mixes well with many ingredients to create complex multi layered flavors. It can be used whole or broken into small pieces so the aroma and flavor comes out. In Sri Lanka a small piece of cinnamon is used in virtually every curry recipe. It is the best for making Cinnamon stick tea. In desserts like Crème Brûlée it brings out a refined sophistication and heady aroma.


HOW TO USE CINNAMON STICKS